How Split Testing Can Help Your Campaigns 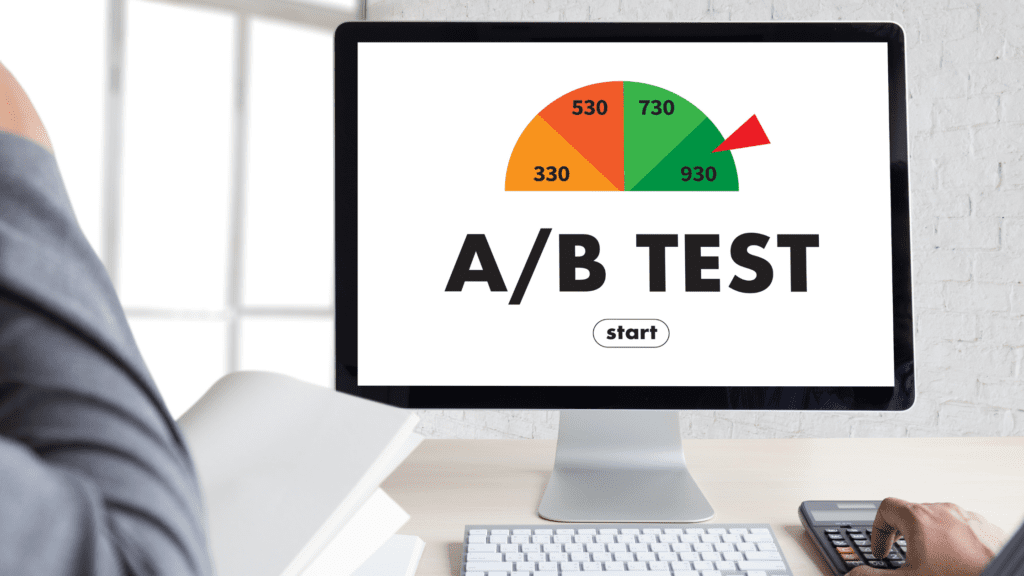 Google once tested 41 shades of blue used on advertising links against each other to see which one performed better. The experiment apparently earned the company an extra $200m a year in revenue. This was of course many years ago when Marissa Mayer was Google’s head of project. And while Google’s obsession with data-driven decisions is well known, not every company has the budget or the bandwidth to get into such intricacies. Still, it makes the point that you shouldn’t underestimate the importance and value of split testing prior to executing a campaign.

Small businesses and digital marketers are always looking for ways to optimize their advertising performance and split testing can be a great way to do it.

Don’t know what split testing is? Keep reading to learn more and get a deep dive into the world of performance-based and data-driven digital advertising.

What Is Split Testing?

Split testing (also known as A/B testing) is the process of comparing two (or more) versions of a campaign, ad copy, creative, a landing page, or other marketing asset and measuring the difference in performance.

You basically place multiple versions of your asset against each other to see which one performs better. This process is vital to understanding and optimizing your marketing or sales funnel.

Let’s start with an example to understand the concept.

Say you are looking to run a Facebook Ads campaign for an ecommerce company that sells surfboards. You have two different creatives to run — one custom image and one custom video.

Which creative will perform best and result in the most surfboard purchases? The answer is you don’t know until you split test them.

Set up the campaign to run the two ads simultaneously. Both ads target the same audience, direct to the same landing page, and have the same budgets.

Allow the campaign enough time to run; test the ads against each other and compare the results.

Did the video creative end up with 3x the purchases? If so then you might have that knowledge and decide to use more videos in your campaigns since your audience responds to video content more positively than images.

Did the image creative result in more store visits, with a significantly higher click-through rate (CTR)? You can interpret the results to show more images at the top of the funnel, as it will generate more traffic to the website. However, focus on videos at the bottom of the funnel because video creatives drive more conversions.

As you can see, even a simple and single data-point split test can show you how to optimize your entire campaign funnel.

What Should You Test?

That is the beautiful thing about split testing. You can test whatever you like.

Have two versions of your website or landing page? Split test to determine their performance and conversion rate.

Have two keywords in a Google Ads campaign that could both be winners, but they are too different to group them together? Split test them and measure their performance against each other.

Don’t know the highest converting age group? Split test one campaign targeting users under age 35 and the other targeting a 35-plus age group.

Now are you getting an idea around why split testing is important for campaign optimization? You can test as granular or as broad of an asset as you want—from your campaign objective, all the way down to the color of the buy button on the product page.

Are There Any Tips?

Another great aspect of split testing is that anything goes. There are no rules to follow. You can test anything you want. For optimal performance and use of budget, there are best practices.

It is important to run the test long enough to gather actionable data from the results. If you run a testing campaign for only a week, you might not see enough significance in data to confidently make a decision. Depending on your budget, conversion objective, and other factors, a proper split-test campaign could take a month or more to generate enough valuable information to consider optimizations.

Another vital part of running a successful split test is to only change a single variable across the tests. If you truly want to know which creative drives the most sales, make sure it’s targeting the same audience, same keywords, same landing page, and so on. If there are more than one differentiated variable in the campaign, you cannot infer from where the improvements originated.

And lastly, be careful of going overboard. Split testing can be an extremely useful tool in optimizing your campaign performance, as well as conversion rates and budget spends. But too much of anything can be a negative. Typically you should be running no more than two different split tests at the same time. If you tried to run seven split tests at the same time, there would be too much data interference to be sure about the end result. Unless of course you are Google. The most important tip is to experiment. Come to the table with a plan on what to test, run the tests, and measure the results. Following best practices can prevent data interference from messing with results, as well as help get the most from every test.

Split testing is one of the most powerful ways to collect information about your website, online campaigns, and more. Following the best practices is critical to obtaining accurate results.

Tools on every platform for testing give marketers the flexibility and insights they need to continually improve their efforts.

For a deeper dive on these concepts, book a call.